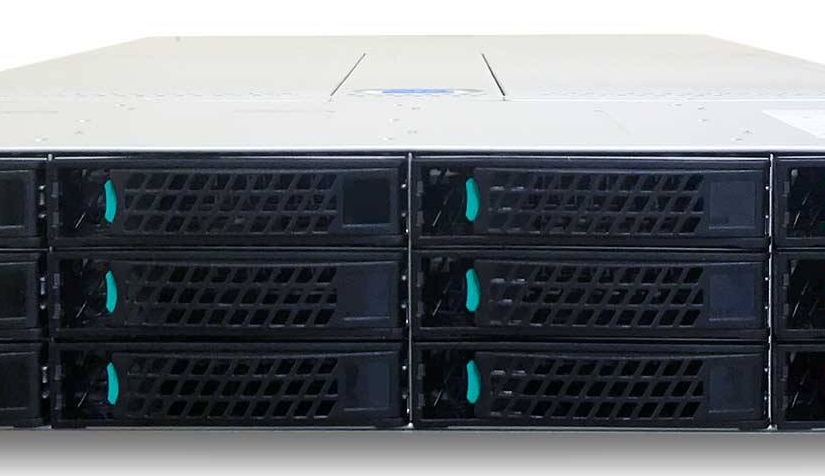 Bottom line: “NeonMiner.com” now has lukMiner-powered four-node Xeon Phi systems, in stock, in the US…

My latest article on the Xeon Phi PCI cards has stirred quite some feedback; however, though these cards are undoubtedly more interesting than a rack-mount server from a “rigging”/”modding” perspective, I can’t say often enough that those cards are discontinued products, do not come with any warranty, and may or may not work in whatever system one plugs them in (I’ll write some more on that soon – but yes, it’s a 50-50 thing right now).

As such, I’d like to point out that at least for those interested in more “production” mining (in the sense of “buy it, plug it in, and let it make some money”) I would overall still suggest to not have those fancy cards distract you from the much more ready-to-go Xeon Phi four-node servers I had written about before.

In terms of those servers, the – by a wide margin – biggest concerns people have brought up over the last few months are two-fold: First, the worry about buying machines on the other side of the planet (with questions like shipping cost and time, customs fees, etc); and second, the not inconsiderable delays of actually getting the machines … because they are built to order, in high demand, often sold out, and in short, typically come with up to a few months of delivery times.

For those that need something quicker: Have a look at the latest version of the “NeonMiner” (www.neonminer.com). The guys there now offer a phi-based system (running lukMiner), and as far as I understand they have machines directly available.

A bit of background: I first stumbled over the NeonMiner name by chance, when I saw one of those systems listed for sale on Amazon, several months back — but then at a pretty steep price (before the Phi “specials” kicked in), and without much mention of what software it would come with. At about the same time, the guys behind this system apparently heard about lukMiner, and contacted me through the blog. We’ve since loosely worked together, in the sense that I helped hook them up with the right contacts to get the pricing specials used by the other Phi suppliers (meaning those NeonMiner systems are now way cheaper!), and at the same time suggesting that lukMiner be preinstalled to make the systems easier to use (which they immediately did). As a result, the latest version of the NeonMiner now comes with lukMiner pre-installed, ready-to go.

Though we did exchange quite some emails, I myself am not part of the NeonMiner team, nor do I even have a system at hand to “take apart” and have a closer look at. As such, I do not know what exact hardware components that system is comprised of, nor how the software setup works, etcpp; however, judging from the pictures and numbers on the website,  the system appears to be a 4-node 2U “Adams Pass” system similar to what you’d get if you order from Intel, Exxact, or Colfax; probably with four Phi 7210s or 7250s (I honestly do not know which, yet, though I’d expect the latter). This 4×7210/7250 assumption would also be consistent with the hash rate of about 11+kH/s claimed on their web site, so this number is perfectly plausible to me (and though the web site doesn’t say that, since it runs lukMiner it should also run cryptonight heavy, light, etc).

What other components (memory, disks, …?) the system may or may not come with I cannot say, nor do I know what exactly they’d cost. However, one thing the web site is very clear on (and which they’ve confirmed to me when I double-checked!) is that they have systems “in hand” right now, in the US (and apparently, it even comes with a 6-month warranty), which should address at least some of the issues I’ve mentioend above:

As such, if anybody here wants to get their hands on some 11+kH of Cryptonight/V7 hashing power in a ready-to-rack and ready-to-run system then feel free to contact them. If or when you do, make sure you mention that you found them through this blog, which – as I was told – should give you a discount over the official price. Full disclosure: If you do mention the blog I, too, will get a (small) referral fee (though I do hereby promise that by the end of the year I will donate any such referral fee to a charity!).

If any of you guys are getting any of those systems, please let me (us?) know; as said above I haven’t gotten my hands on any of those systems yet (sure, I could buy one, but have no spare power to run it right now, anyway :-/), so if anybody is willing to share their experiences on what hardware exactly is included, shipping time and cost, how to configure/update the miner, measured performance and wall-draw wattage, etc, please share!